ITV viewers are wondering where is The Good Karma Hospital filmed? Here’s all you need to know about the ITV medical drama ahead of the season four finale.

It’s no secret that Brits are big fans of a medical drama, with the likes of Call the Midwife, soon-to-be-cancelled Holby City and new release This Is Going To Hurt all being big favourites. And since it landed on screens back in 2017, The Good Karma Hospital has gone from strength to strength, currently in its fourth season, the show is due to come to a season finale.

But as Covid restrictions get dropped in England under the living with Covid plan, and more people search for holiday destination inspiration, you might be tempted to check out the place where TV favourite Ruby Walker, a junior doctor, went to India looking for a job and ended up enjoying the nature and finds true love at an under-resourced cottage hospital.

Amanda Redman has recently revealed how she and her fellow cast mates miss their families when shooting the series as the location for The Good Karma Hospital is “a long way from home”.


Where is The Good Karma Hospital filmed?

Good Karma Hospital is filmed on location in the Galle District of Sri Lanka despite the show itself being set in Kerela, India.

The series is shot in Unawatuna in southern Sri Lanka, Thiranagama Golden Beach Restaurant and some other places in Galle District.

Kerela is approximately 5,409 miles from England and the Galle is a district in Southern Province, Sri Lanka. It is one of 25 districts of Sri Lanka, the second level administrative division of the country. 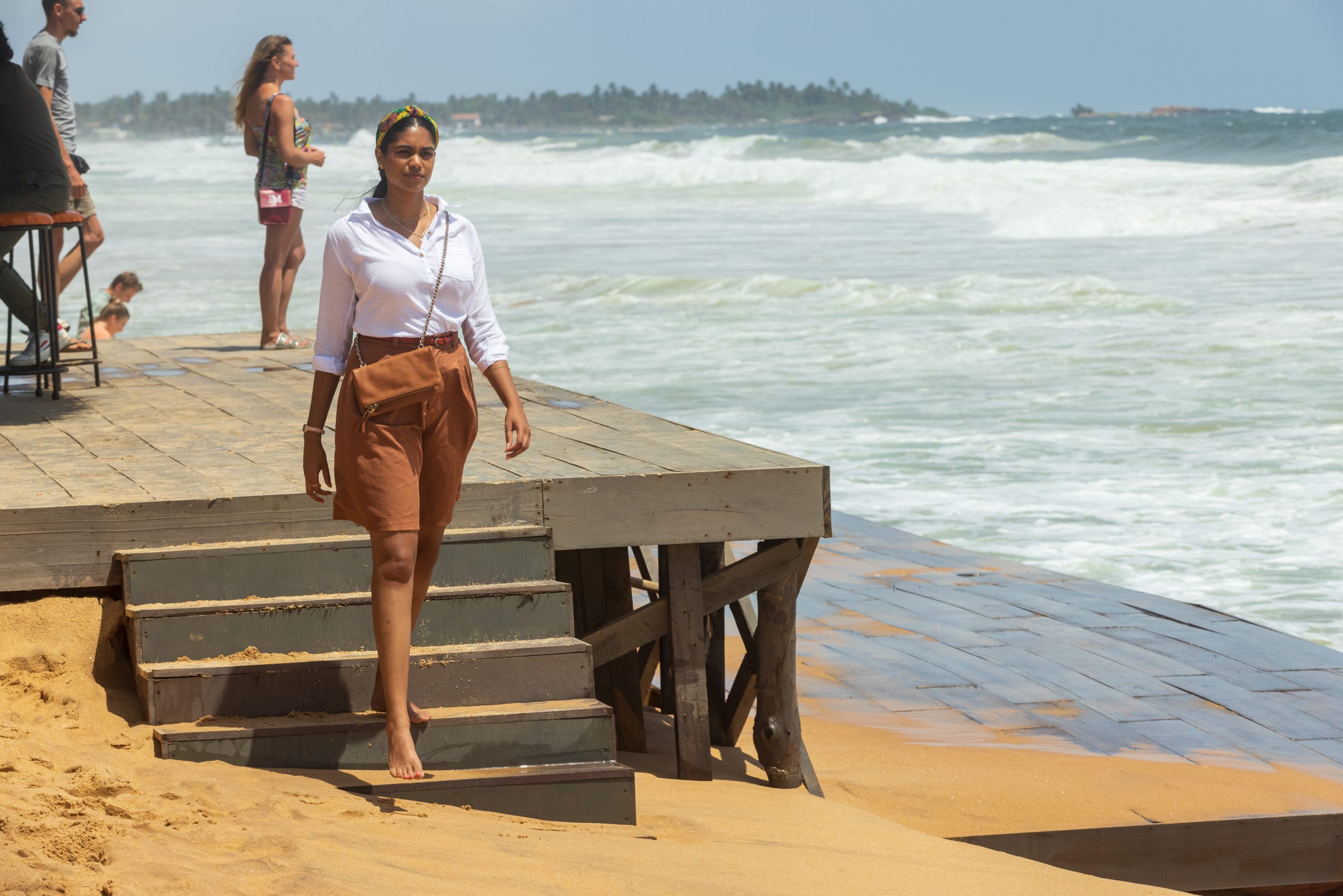 Is The Good Karma Hospital a real place?

The Good Karma Hospital is a fictional hospital filmed in a real place. Despite being set in Southern India, The Good Karma hospital is actually filmed in Sri Lanka’s Galle district. Unawatuna is a coastal town in the suburbs of the city Galle. The town is a popular tourist hotspot, well-known for its turtle hatches, sandy beaches and coral reefs.

Executive Producer for Tiger Aspect, Lucy Bedford, revealed how the pandemic had put “a huge amount of pressure” on the production of the series.

“It was absolutely incredible to be back in Sri Lanka,” she explained. 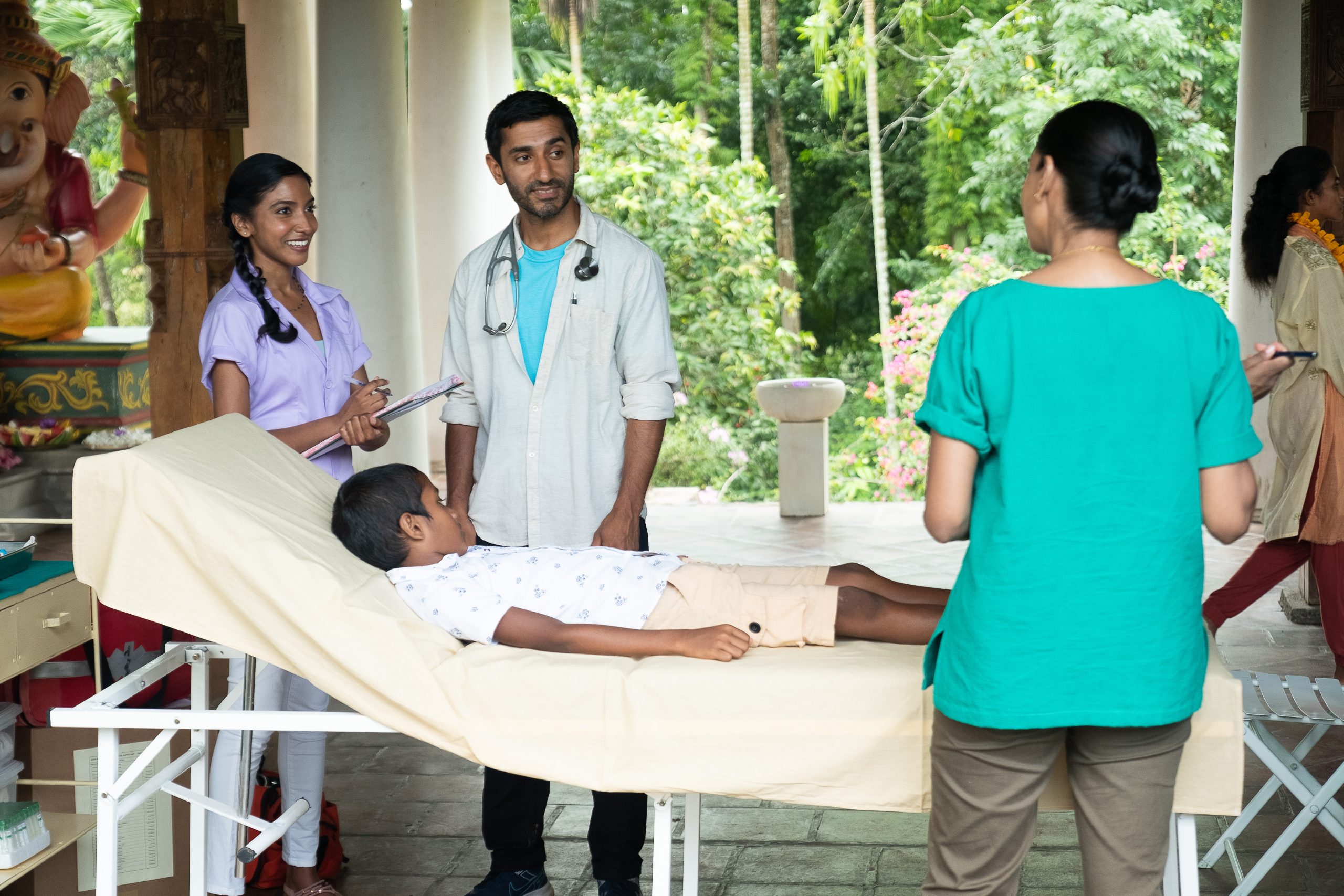 “There were moments where we really wondered when and if we were even going to be able to get back out there to film this series but thanks to our extraordinary team in Sri Lanka, our partners and collaborators on Good Karma, we were able to get out there.

“The benefits of filming in Sri Lanka are evident every time you watch The Good Karma Hospital.”

Lucy added, “The beauty of the landscapes here. The beauty of the people. It brings an incredible magical quality to the screen. The light is stunning. We’re able to work at a much greater scale than we would be if we were working elsewhere in the world. The challenges are minuscule in comparison to the benefits so to be honest, there aren’t any. It’s incredible, we love it so, so much.”

Will The Good Karma Hospital have a Season 4?

The Good Karma Hospital Season 4 premiered on ITV and ITV Hub at 8pm on Sunday 23rd January 2022. The series will run for six episodes, with the finale airing on Sunday 6th March.

And if you’re wondering if there could be another series, Dan Sefton, the writer behind the ITV drama, spoke to press ahead of the series four launch and opened up about what the future looks like for the show.

She explained, “These shows always get to an interesting place. We know what the show is and, from a creative point of view, once you know that, you keep going for as long as people are enjoying watching it, and the people who pay the money are happy to put their hands in their pockets.”

He added, “And it’s got a loyal fan base who are hugely appreciative of it, and as long as people want to watch it, I think it will be made.”

You can watch Good Karma Hospital on Sundays until the season finale on 6th March on ITV at 9pm, on ITV+1 at 10pm and on catch up on the ITVhub.