Our House on ITV is hitting our screens very soon. And Line of Duty fans will be pleased to hear that Martin Compston is playing the lead role. But where is the drama filmed and when can we watch it?

Much like his Line of Duty co-star Vicky McClure, who stars in Trigger Point, Martin is taking on another dark drama this year. Our House, which is based on the best-selling novel by Louise Candlish, has been adapted by screenwriter Simon Ashdown. And will be directed by Sheree Folkson, who has worked on TV hits including American Horror Story and Bridgerton.

Alongside This Is Going To Hurt and new Killing Eve season 4, the four-part drama is set to be a gripping series. Here’s all you need to know about Our House on ITV.

When does Our House start on ITV?

Our House on ITV will premiere on Monday 7 March at 9pm. The limited series will feature four hour-long episodes in total, airing over four consecutive nights at 9pm. So the season finale is set to show on Thursday 10 March.

The show’s executive producer, Belinda Campbell, recently spoke about the series. She said, “I’m so excited by the incredible cast that we have brought together for Our House. Simon’s scripts are a thrilling rendering of Louise Candlish’s un-put-downable novel. And in the wonderful Sheree Folkson, we have a director who will bring them to life with the deft skill she has brought to her other shows.”


Hold on to your hats, my friends, here it is – the @ITV trailer for #OurHouse, starring @Tuppence Middleton and @martin_compston!

Our House starts this March on ITV and ITV Hub pic.twitter.com/ksDQiB5Icj

Viewers will also be able to watch Our House after it airs on the popular ITV Hub.

What is Our House about?

Our House on ITV is a psychological thriller which tells the story of an estranged couple, Fiona and Bram, whose marital home is sold without their knowledge. The tense drama sees Fiona Lawson return home one day to find all of her possessions gone.

She is forced to watch strangers move into the empty property, not understanding why her house has been sold and unable to get hold of her husband, Bram.

Fiona is convinced there’s been a terrible mistake. However, the woman moving in insists that she and her family now own the house, producing the house key from her pocket as proof. And as Fiona tries to work out what happened, she uncovers a complex web of lies and secrets.

The series unfolds over two separate timelines, with flashbacks to Fi and Bram’s seemingly happy marriage.

ITV describes the four-parter as “a tense, compelling thriller about the disintegration of a modern marriage and a property obsessed society gone awry. Exploring every couple’s worst nightmare, that you can build a life, a marriage, a home and then one day it can all just be snatched away.”

Is Our House based on a true story?

Our House is it is not a true story but is based on the book of the same name by Louise Candlish. The novel, which was published in 2018, became a Sunday Times bestseller. It also won the Book of the Year in the Crime and Thriller category at the British Book Awards in 2019.

Louise Candlish’s novel was Longlisted for the Theakston Old Peculier Crime Novel of the Year 2019 and featured as Waterstones’ Thriller of the Month last September. The retailer described it as “a twisting odyssey of suburban betrayal.” They added that it’s “masterfully unspooled by Candlish, who effortlessly stays several steps ahead of the reader.”

ITV’s TV adaptation was commissioned by their Head of Drama, Polly Hill. She said in a statement, “I’m very excited to have commissioned Our House. It’s an addictive, suspenseful novel and Simon Ashdown perfectly captures that in his adaptation. I’m looking forward to bringing this modern and entertaining tale to screen.”

Author Louise said at the time of the commission, “Some of the most addictive drama I’ve watched in recent years has come from ITV. So it’s an honour and a career highlight to have an adaptation of Our House join such a prestigious company. The way Simon and the Red Planet Pictures team have brought Fi and Bram’s hair-raising story to life is absolute genius.”

Our House by Louise Candlish – £11.40 | Amazon
When Fi Lawson arrives home to find strangers moving into her house, she is plunged into terror and confusion. She and her husband Bram have owned their home on Trinity Avenue for years and have no intention of selling. How can this other family possibly think the house is theirs? And why has Bram disappeared when she needs him most?

Who does Martin Compston play in Our House?

Martin Compston, who also had starring roles in Line of Duty and Vigil, plays the lead role of Bram Lawson in Our House. While his on-screen wife, Fiona, is played by Downton Abbey, Shadowplay, and War and Peace star Tuppence Middleton.

Speaking of the drama, Martin said, “The scripts are genuinely thrilling, packed with twists and turns that kept me guessing until the end.”

He added, “You get to the end of one episode and you are desperate for the next. It gives people something to talk about, it’s built for that watercooler mentality. It is very exciting telly.” 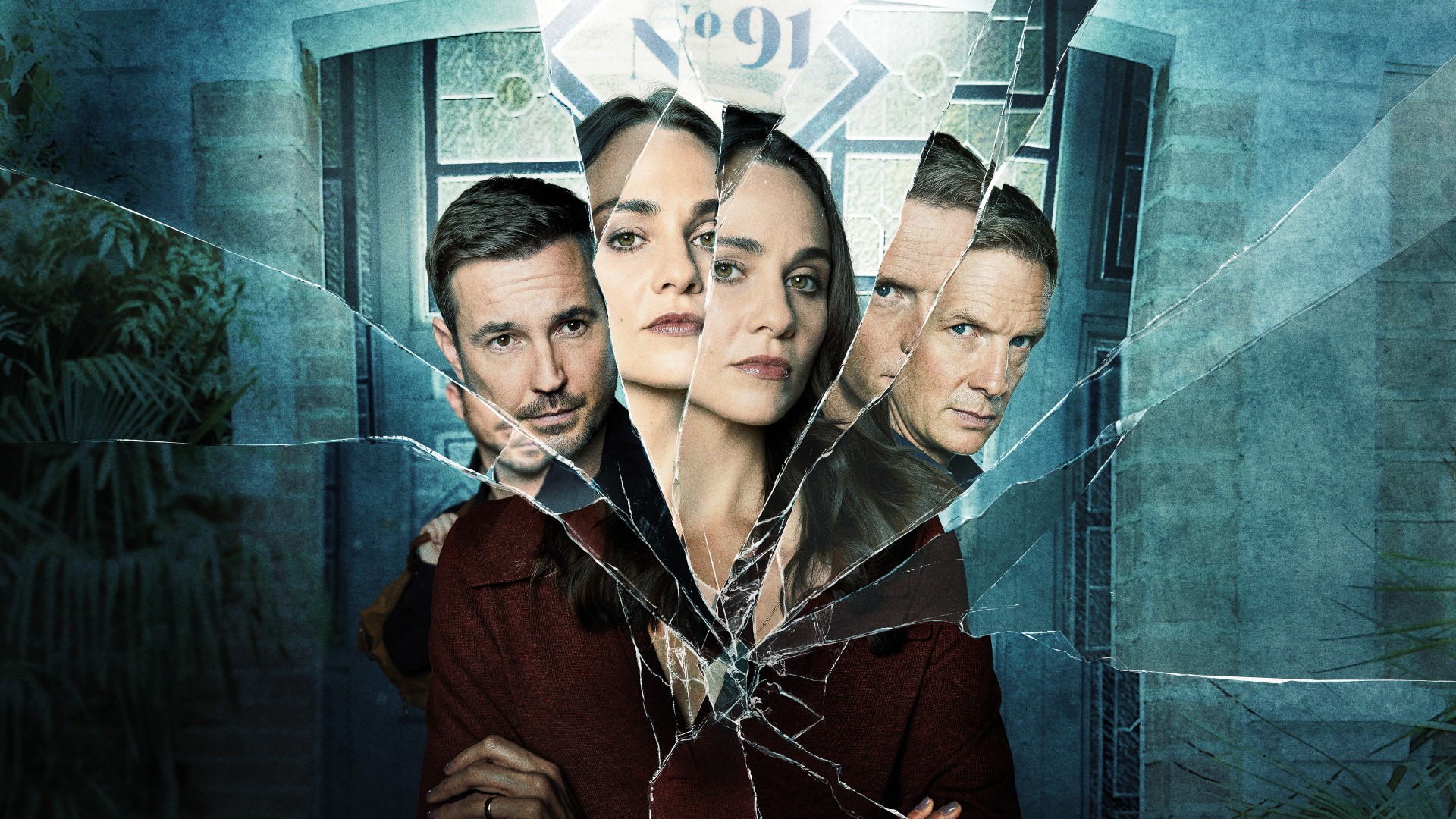 Tuppence recently spoke about her upcoming role in Our House. She said, “You have this present-day thriller, which just kind of unravels and becomes more and more incredible as it goes along. Then you have this tragic love story.

“And you’re sort of charting the breakdown of this relationship. For me, it was about making the differences between those [timelines] clear. And also charting the journey in a way that felt like you were keeping the momentum going without giving the game away too soon.”

She added, “It was a real balancing act of trying to work out where you are in this character’s headspace at a certain time. Because a lot of what happens to Fi during the course of the four episodes is really quite awful.

“Every day was a challenge because there was just so much happening to Fi.”

Where is Our House filmed?

Our House was predominantly filmed in South London. The family home, which is the focal point of the story, appears to have been filmed on an idyllic-looking street on the south of the River Thames. Wider scenes were filmed across Greater London.

It makes sense that the series was filmed in London. This is because in the novel, the couple’s family home is set in an up-scale London neighbourhood.

Filming started for the series in July 2021. Ahead of shooting, Martin Compston said, “Chuffed to be part of this cast. Scripts are fantastic, looking forward to getting stuck in!”

Video of the Week: