Louise Minchin has announced she’s leaving BBC Breakfast, but why and where is she going?


Louise Minchin has officially had her last day on the set of BBC Breakfast and her 20 year stint on the show has finally come to an end after announcing she was set to leave earlier this year. And with her co-star Dan Walker gearing up to make his debut on the return of Strictly Come Dancing, there’s no wonder fans are keen to know who will be replacing her.

Louise Minchin has officially left BBC Breakfast to enjoy a lie-in after 20 years on the show. The broadcaster did her last 6am start last week as she tweeted, ‘Good morning and thank you for your love support and messages. This is the last and final 6am sofa selfie. Working on #BBCBreakfast has been absolute privilege and I will miss it enormously.’

But before her final day, she was delighted to be setting her 3.45am alarm for the last time, telling her fans, ‘Goodness knows when I will set my alarm for this time again...’

Goodness knows when I will set my alarm for this time again … pic.twitter.com/ulwKCCZ4Ph


She marked her penultimate day on the breakfast sofa by uploading a selfie of herself with co-host Dan Walker.

She captioned the snap, ‘Good morning, I can’t quite believe it, this is my penultimate sofa selfie. I am taking deep breaths. #BBCBreakfast.’

And Louise recently had an early farewell party with her BBC colleagues last week, she posted,

‘Not many early mornings left until I leave my wonderful friends and colleagues at #BBCBreakfast and for old times’ sake I had to stand and have a picture all made up and ready before my early leaving party! That was fun 🤣🤣😂’

As she reflected on what she will miss the most, Louise told fans, ‘Three more short sleeps and then no more fun like this for me on #BBCBreakfast. I will miss those days and @mrdanwalker.’

The TV presenter made the shock announcement live on air back in June, telling viewers that it was “time to stop the early morning alarm”.

Louise, 52, has been a long-serving presenter of the show since 2006 and most recently she hosted alongside Dan Walker. But she interrupted the show today to reveal that it was “time for her to go”.

Louise said, “Let me take a deep breath, everybody there is something I want to tell you about. It will be this year 20 years since I first presented this programme. Since then I’ve felt part of a huge, enormous BBC Breakfast family which includes everyone who works here, everyone on the team and every one of you who watches the programme.

Good morning from #BBCBreakfast and Ben has just made it into my morning selfie. @BBCBenThompson 🤣 pic.twitter.com/GWH5AFf0E9

“I’ve loved being part of it but – there is a but – I’ve decided that is time that I stop setting my alarm for 3.40 – sometimes if I’m feeling really rebellious 3.46 in the morning – and I’m going to be leaving the programme.”

And Louise updated viewers on her soon-to-be coffee regime. Speaking to her co-star Dan Walker, she confessed that her usual six o’clock tipple will be “delayed by about three hours”.

“I only have one coffee a day now because I did learn after I started drinking too many and it made me a bit jittery,” she said.

“So it’s just the one a day, that’s all I’m allowed. It will be at nine o’clock from two week’s time. I’m very much looking forward to the nine o’clock alarm.”

Dan Walker, who quit BBC show football focus earlier this year and co-hosted the breakfast show with Louise three days a week, admitted he had been in on the secret but had kept it quiet.

The long-standing journalist noted some of her many career highlights, telling viewers, “I will take so many memories with me, including reporting on the shock and anguish of the Manchester Arena bombing; starting a national conversation about menopause; and the life-changing moment I took part in the Breakfast Christmas Cycling Challenge which inspired my ongoing passion for endurance sport, which I will continue when I leave.”

Louise added, “I have absolutely loved being part of it and I will really miss it, but it’s time now to stop that alarm early in the morning. And thank you for watching for all these years,” she concluded.

Who is replacing Louise Minchin on BBC Breakfast?

Now Louise has left BBC Breakfast, her replacement will, no doubt, be on our screens soon.

Having advertised the vacancy, the BBC posted a job description stating that it is looking for a candidate who will “inform and entertain viewers with everything they need for the day ahead”.

The post reads, “BBC Breakfast is seeking a chief presenter to work with Dan Walker, Naga Munchetty and Charlie Stayt on the UK’s most-watched morning show.”

“The key role is to inform and entertain viewers with everything they need for the day ahead.”

Louise Minchin’s permanent replacement has not yet been revealed, despite Louise having now left, so viewers will have to tune in to BBC Breakfast for the big reveal.

‘Where’s Louise on BBC’s Breakfast?’ one viewer tweeted after realising her absence.

And a third shared, ‘I do love Sally but nobody can host this show like Louise.’

“I even tripped over a glitter ball”@mrdanwalker updates #BBCBreakfast on his first day at #Strictly ✨https://t.co/htqTVwbRZA pic.twitter.com/Xb8K82mIcT

But Sally informed BBC Breakfast viewers that she was merely filling in for Louise while she enjoyed some holiday time in Wales with her family.

Meanwhile, co-host Dan Walker is competing in Strictly Come Dancing 2021 so he will be juggling his work on the show with training.

What lovely weather for a mid-summer walk!! Snowdonia is always stunning rain or shine and a first for me I have been above a rainbow before. @visitwales pic.twitter.com/rNcygsXIoH

Where is Louise Minchin going?

Louise Minchin hasn’t yet revealed where she is going or what her next career move will be but she admitted she plans to write a book. The star is set to continue to present the BBC Breakfast show until her contract runs out but it’s thought she will adapt to a slower pace of life while continuing her endurance sports challenges.

When asked what she would do next, she replied, “Anybody who watches will be very well aware my passion is endurance sport, and I will absolutely continue to do that. I’ve got lots of really exciting adventures planned. I’m trying to write a book about that as well.

“And I’ll continue with my podcast, which is all about the mental and physical benefits of sport and exercise.

“And I’ll be having lots of lie-ins. That’s what I’m most excited about right now.”

Louise recently announced she had a new Twitter profile picture – one of her open water swimming, which is believed to have been taken by her photographer friend Yana Photography.

She tweeted to her 215,ooo followers, ‘Finally, a new profile pic. Swimming this time not running as I am still some way off getting back to marathons.’

Finally, a new profile pic. Swimming this time not running as I am still some way off getting back to marathons.

She uploaded a snap of them together and captioned it, ‘What a fun morning spent with my friend and brilliant photographer @yanaphotography_ taking some swimming photos. I can’t wait to see them, and I am not sure which I prefer the before swim or after swim selfie. #openwaterswimming @manleymere’

Fans previously took to social media to express their sadness over her breakfast show departure.

One fan wrote, ‘Blimey that knocked me for six this morning. We love Louise Minchin and will miss her, she will be a tough act to follow.’

Another wrote, ‘Oh no Louise, you will be missed. You are the rock of Breakfast after Bill Turnbull. Whatever you do best of luck.’

While a third viewer added, ‘All the best Louise you deserve to switch that alarm off. You and Dan have made mornings all that more bearable with your sunny dispositions. You will be sorely missed.’ 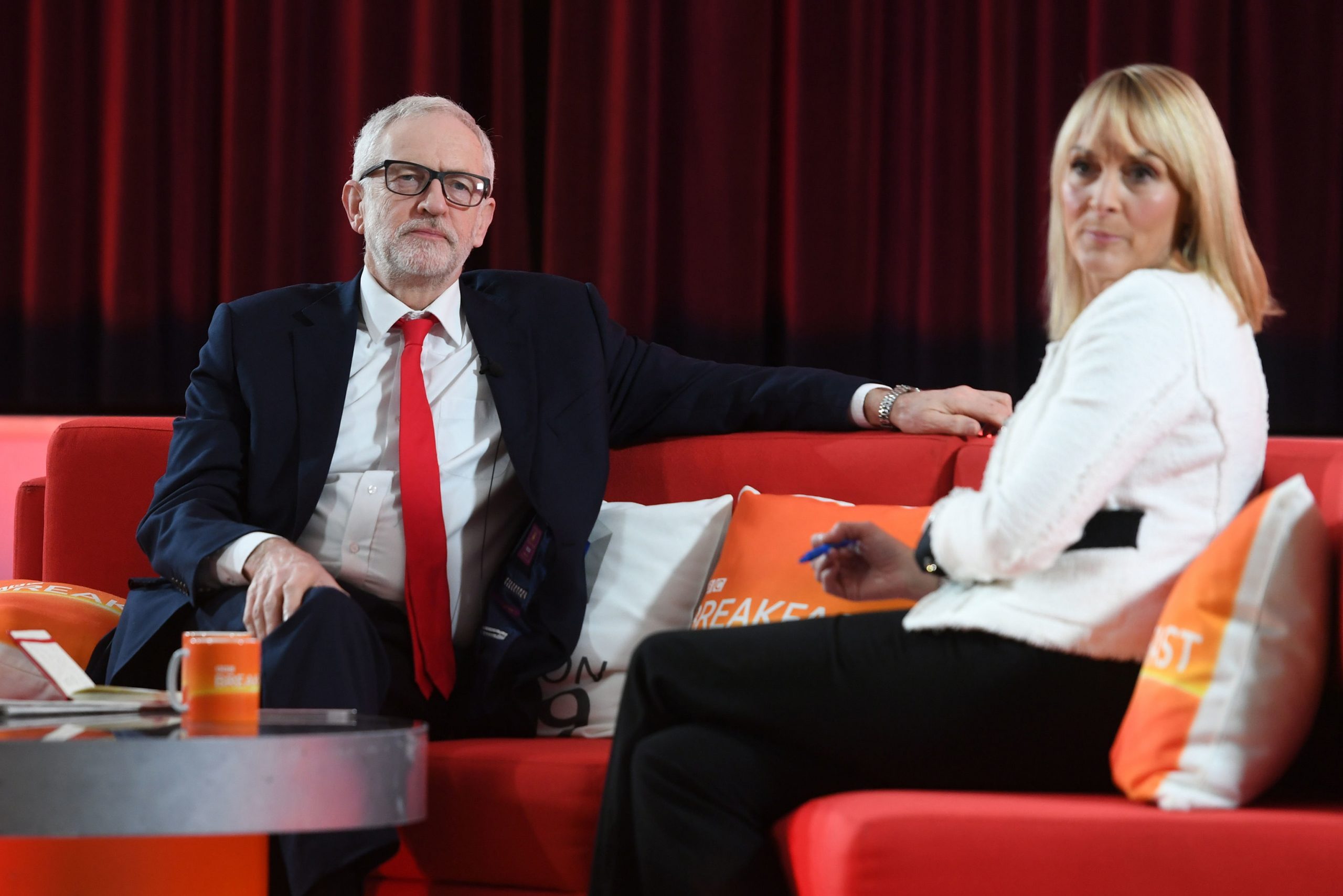 What is Louise Minchin’s net worth?

Louise Minchin is worth around £2.1million, according to Net Worth Post.

Louise was educated in Ascot and went on to get a degree in Spanish from the University of St Andrews before studying journalism at the London College of Communication.

The BBC published its annual report last year and it showed Louise as one of the highest-paid BBC Breakfast stars and the report claimed the journalist earns around £215,000 a year.

Louise married her husband David Minchin in 1998. The couple has two daughters together and live in their family home near Chester.