Her recent court appearance has dominated headlines but Britney Spears has been under a conservatorship for quite some time.

For many years now, the #FreeBritney movement have been protesting tirelessly for popstar Britney Spears to be ‘freed’ from a conservatorship with her dad. The court-ordered arrangement gives Britney’s father full control of her finances and personal decisions, with concerning details of her situation coming to light most recently in the New York Times Framing Britney documentary.

The singer has been involved in several legal battles behind the scenes since her conservatorship started more than a decade ago. With tensions coming to a head last year, when Britney announced she won’t perform again whilst her father remains in control. We look back at how it all started and the events surrounding her controversial conservatorship.

How long has Britney Spears been under a conservatorship?

Britney Spears has been under a conservatorship for 13 years.

During this time Britney has been able to continue her music career – recording albums, touring the world and performing at a four-year Las Vegas residency. She also appeared as a guest judge on the X Factor USA in 2012. 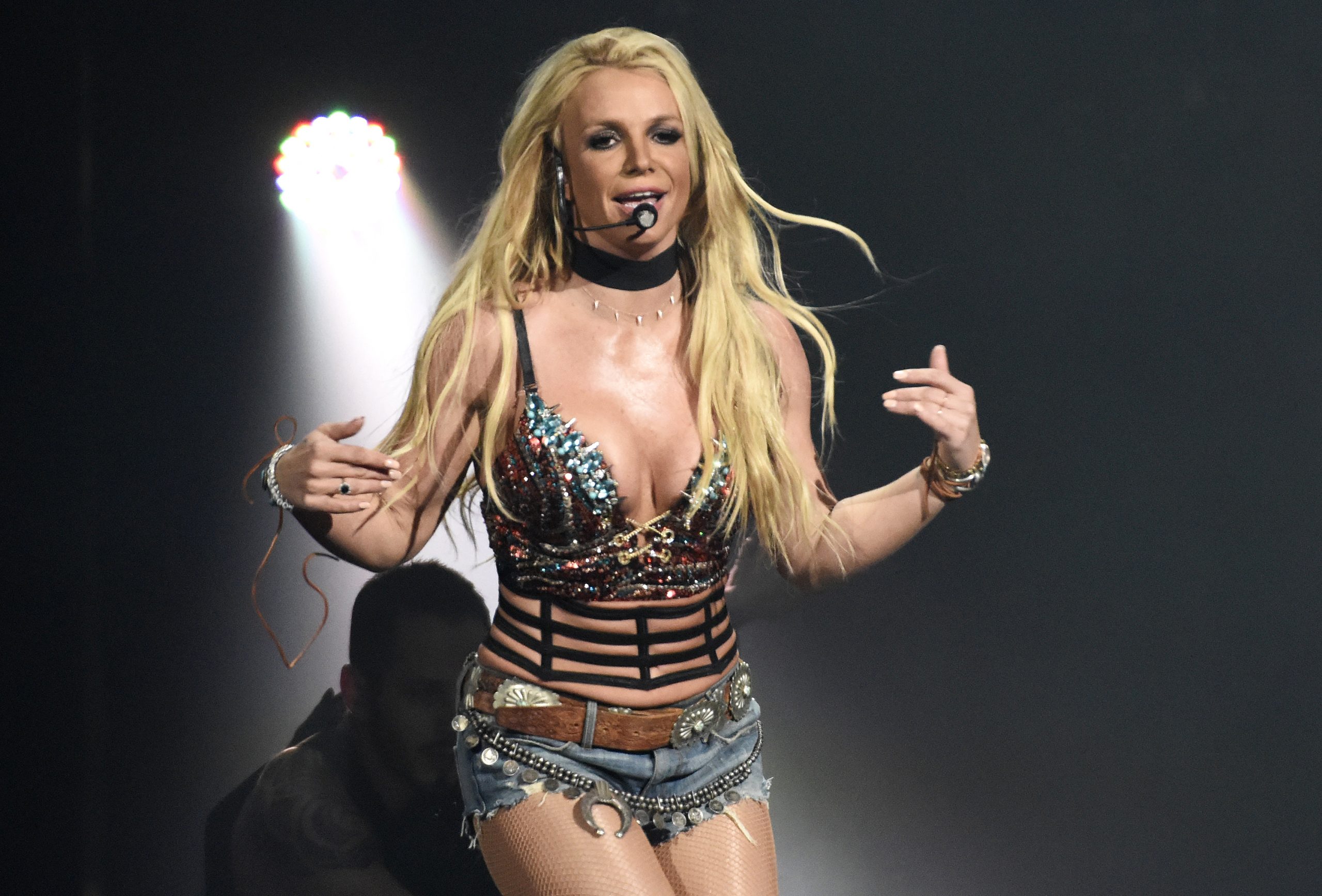 However in January 2019, Britney announced she was taking an “indefinite work hiatus” after her father’s period of bad health.

Since then, Jamie Spears has temporarily stepped down as her personal conservator due to his health issues. He was temporarily replaced by care professional Jodi Montgomery, who will stay on till at least September 2021. A year later, Britney’s attorney filed a petition that “strongly opposed” her father returning as sole conservator of her person once back to full health. A lawyer said that the popstar was “afraid of her father” and that she would not return to the stage as long as he retains control.

In January, the singer – who divorced from husband Kevin Federline in July 2007 – allegedly locked herself in a bathroom with her two kids. Refusing to return them to her ex, the police are called to intervene and Britney is sent to a psychiatric hospital for evaluation. Following further psychiatric holds, Britney’s parents file an emergency temporary conservatorship which is granted by Judge Reva Goetz in February.

Eight months on, Britney’s temporary conservatorship becomes permanent with Judge Goetz allegedly stating that the agreement is “necessary and appropriate for the complexity of financial and business entities and [Britney] being susceptible to undue influence.”

Britney’s dad Jamie is named as sole conservator of her person. He shares power of Britney’s financial affairs with attorney Andrew Wallet, who is named as co-conservator. 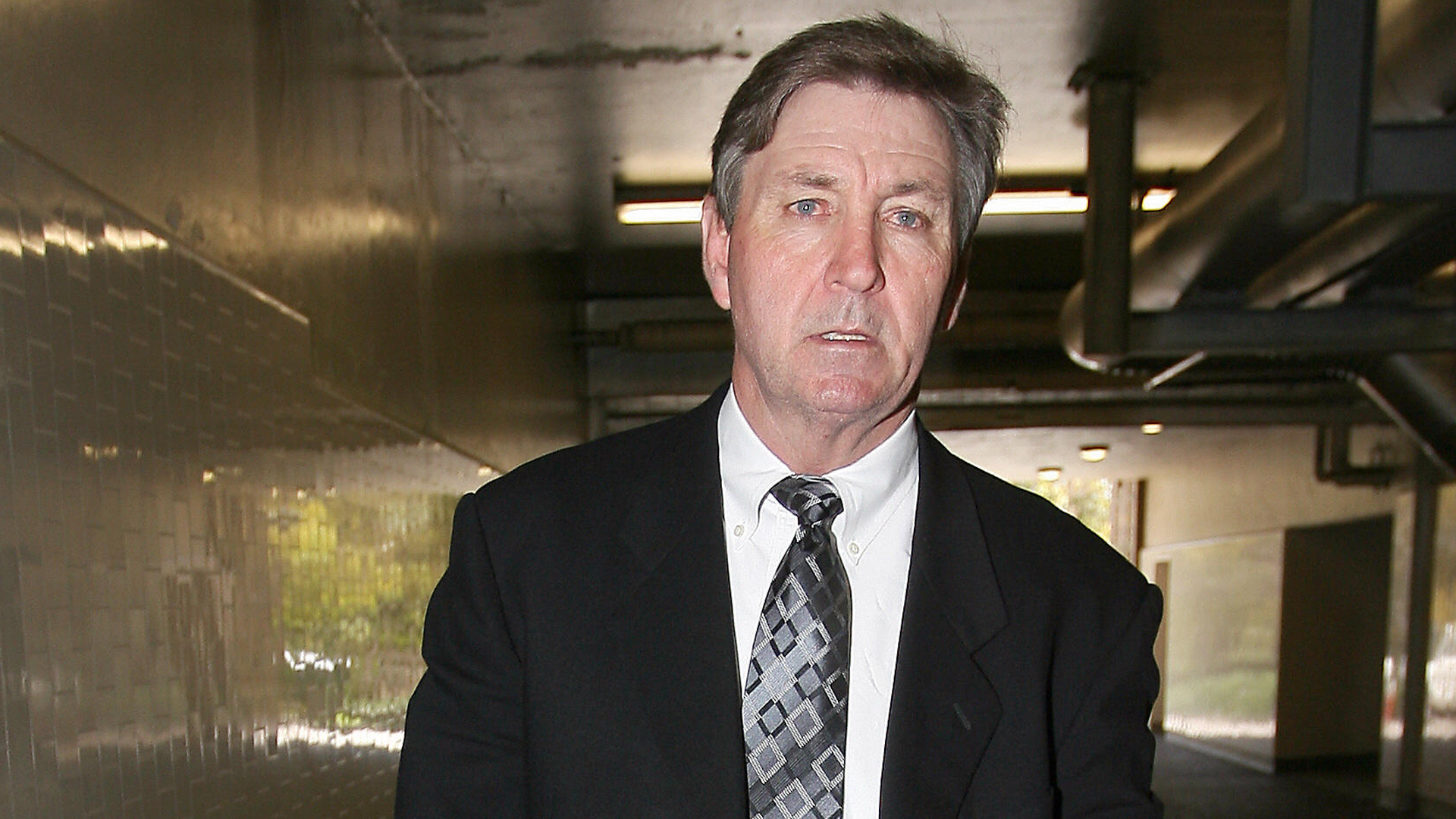 According to court filings by Mr Spears, this conservator role involves him “overseeing and coordinating Britney’s [redacted], business, costuming, personal, household stuff, and legal matters (touching upon entertainment, music, other business opportunities, family law issues, the litigation, trial and/or resolution of other disputes, and ongoing litigation and conservatorship matters).”

A new MTV documentary titled Britney: For the Record airs in late November. Britney opens up on her present arrangement and appears visibly unhappy.

“If I wasn’t under the restraints I’m under right now, with all the lawyers and doctors and people analyzing me every day — if that wasn’t there, I’d feel so liberated,” she said. “When I tell them the way I feel, it’s like they hear but they’re really not listening … It’s like, it’s bad. I’m sad.”

She added: “There’s no excitement, there’s no passion. Even when you go to jail, you know there’s the time when you’re going to get out. But in this situation, it’s never-ending.”


Britney’s hairdresser Roberta Romero testifies that the singer told her she was scared of her manager. And Britney’s legal team argue the order is necessary for her protection. Whilst attorney Jon Eardley alleges that Jamie spears is ‘misusing’ his conservator role, portraying him as a negative influence in her life. They argue that the three of them were merely responding to her cry for help but Britney’s family disagree.

According to the New York Times, a Spears fan site BreatheHeavy.com is set-up in late 2009. This is believed to be the start of the #FreeBritney movement, with the website launching a campaign to release Britney from the conservatorship setup.

Jordan Miller – the site’s creator – shares that at one point he received an angry phone call from Britney’s dad, who threatened to have the website taken down.

Over the next 5 years, the conservatorship is regularly reviewed and extended. Though very little about the court-ordered arrangement is shared publicly despite updates behind the scenes.

Britney starts dating talent agent Jason Trawick in 2009, who later proposes to the star in 2012. Four months before the engagement he is added as co-conservator of her person.

Though after a year-long engagement the two part ways and Jason resigns the position in January 2013, leaving Jamie as sole conservator of her person again.

According to the New York Times, Britney’s lawyer Samuel D. Ingham III files a petition to remove Jamie as conservator in 2014. His drinking and a “shopping list” of problems are logged by the star, yet Jamie’s position remained unchanged.

Another hearing was held in 2016 according to court documents seen by the same paper. Britney argues that the current arrangement gives “too much control” and that “she is ‘sick of being taken advantage of’”.

In the meantime, Britney continues to work releasing new albums and performing to audiences worldwide. She also appears in a 2-year Las Vega residency at the Planet Hollywood Hotel between 2014-2015. Which was extended for another two years, ending in December 2017.

In early January, Britney announces that she is to take an indefinite leave from work after her dad “was hospitalised and nearly died”

“I am dedicating my focus and energy to care for my family,” she said, postponing her second planned Britney: Domination Vegas residency.

People Magazine report that Jamie was recovering from a life-threatening colon rupture that started in November 2018.

I don’t even know where to start with this, because this is so tough for me to say. I will not be performing my new show Domination. I’ve been looking forward to this show and seeing all of you this year, so doing this breaks my heart. pic.twitter.com/kHgFAVTjNA

According to TMZ, Britney checks herself into a mental health facility. Her father’s health problems are cited as the reason for the 30 day visit.

“Britney was having a hard time dealing with her dad’s health issues,” a source close to the Spears family told Page Six. “Britney hasn’t been drinking or doing drugs or anything, she just has some very difficult emotional and mental health issues. She’s gone away to try to deal with her issues before they get worse.”

During a closed-door hearing in May 2019, Britney tells the court that she was forced to go to the mental health facility against her will.

According to the New York Times, she reportedly saw it as punishment for objecting during a rehearsal for her Las Vegas residency. She also claimed that she was forced to perform against her will on occasion. This included once when she was ill with an 104 degree. 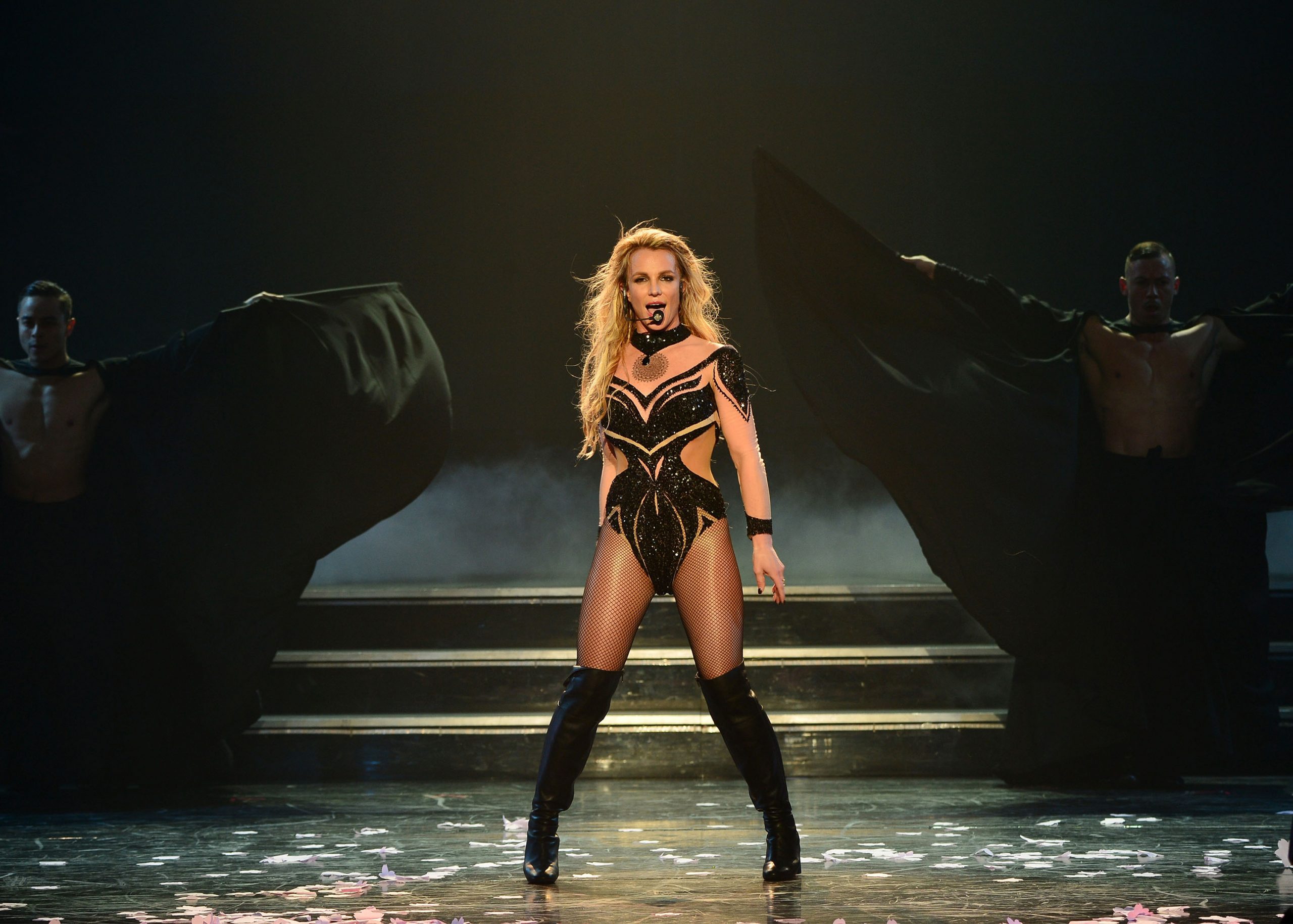 Jamie Spears appears in court to testify against Britney’s former manager Sam Lufti. The Spears Family successfully acquire another restraining order against Sam that will last for five years.

US Weekly reports that during his evidence, Jamie was asked about the status of his relationship with Britney. “Me and my daughter’s relationship has always been strained,” Jamie responded.

Kevin Federline accuses Jamie of having an altercation with his and Britney’s son, 13-year-old Sean Preston. Whilst no criminal charges were brought against him, Federline obtained a restraining order to keep Jamie away from his grandsons.

Jamie temporarily resigns as conservator of Britney’s person – eight months after Britney cites her father’s bad health. The singer’s care manager Jodi Montgomery is appointed his temporary replacement until at least September 2021. Jamie remains on as conservator of her finances. 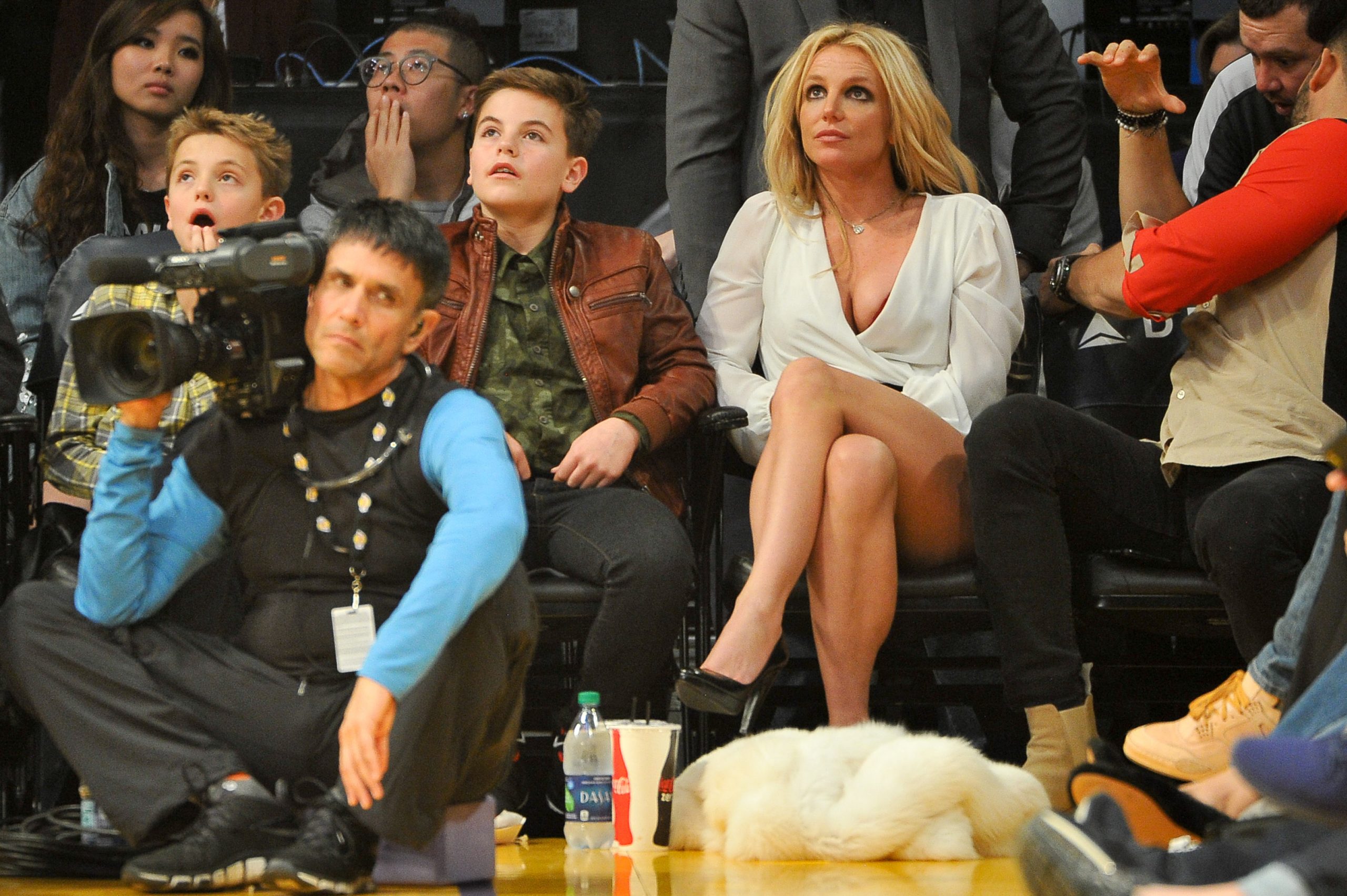 Britney’s attorney Samuel Ingham files a petition to prevent Jamie from returning as sole conservator after he has recovered from his health issues. The lawyer states that Britney is “strongly opposed” to her father’s return and is “afraid of him”. Though she doesn’t call for an end to the conservatorship, instead requesting having “a qualified corporate fiduciary” to take on the role.

Judge Penny refuses to remove Jamie as her conservator. This is despite her lawyer alleging that she was “afraid” of him.

However, Judge Penny does rule that financial firm Bessemer Trust joins as a co-conservator of her financial affair management.

Framing Britney Spears, a documentary by the New York Times is released on 5 February 2021. The Hour and 15 minute special explores the #FreeBritney movement, the Britney Spears conservatorship battle and her personal life. According to Metro, the programme pulled in 220,000 UK viewers alone during its premiere.

The ongoing legal battle would still mean Jamie would remain co-conservator of her estate alongside the Bessemer Trust.

Britney appears in court to give her view on her conservatorship. This is a HUGE moment, as it’s the first time she has publicly commented on the court order for 13 years.

The 39-year-old says that she “just wants her life back”, detailing how the conservatorship has prevented her from marrying and starting a family with her boyfriend.

She also apologised for alleging that everything was alright on her Instagram account, when in reality she was not. “I’m depressed. I cry every day,” she said.

Following her day in court several celebrities share their support for the star on social media.

Cher, Mariah Carey, Justin Timberlake and Sarah Jessica Parker all tweet their solidarity. Whilst pop star Christina Aguilera releases a statement weighing in on the situation affecting her past friend.

“While I am not behind the closed doors of this very layered & personal yet public conversation – all I can do is share from my heart on what I’ve heard, read and seen in the media.” Christina wrote. “The conviction and desperation of this plea for freedom leads me to believe that this person I once knew has been living without compassion or decency from those in control.”

Britney’s younger sister Jamie Lynn Spears also speaks out, telling the world she’s “proud of her for using her voice”.

“If ending the conservatorship… or whatever the hell else she wants to do to be happy – I support that,” she says on her Instagram stories. “I’m not my family, I’m my own person. I’m speaking for myself.” 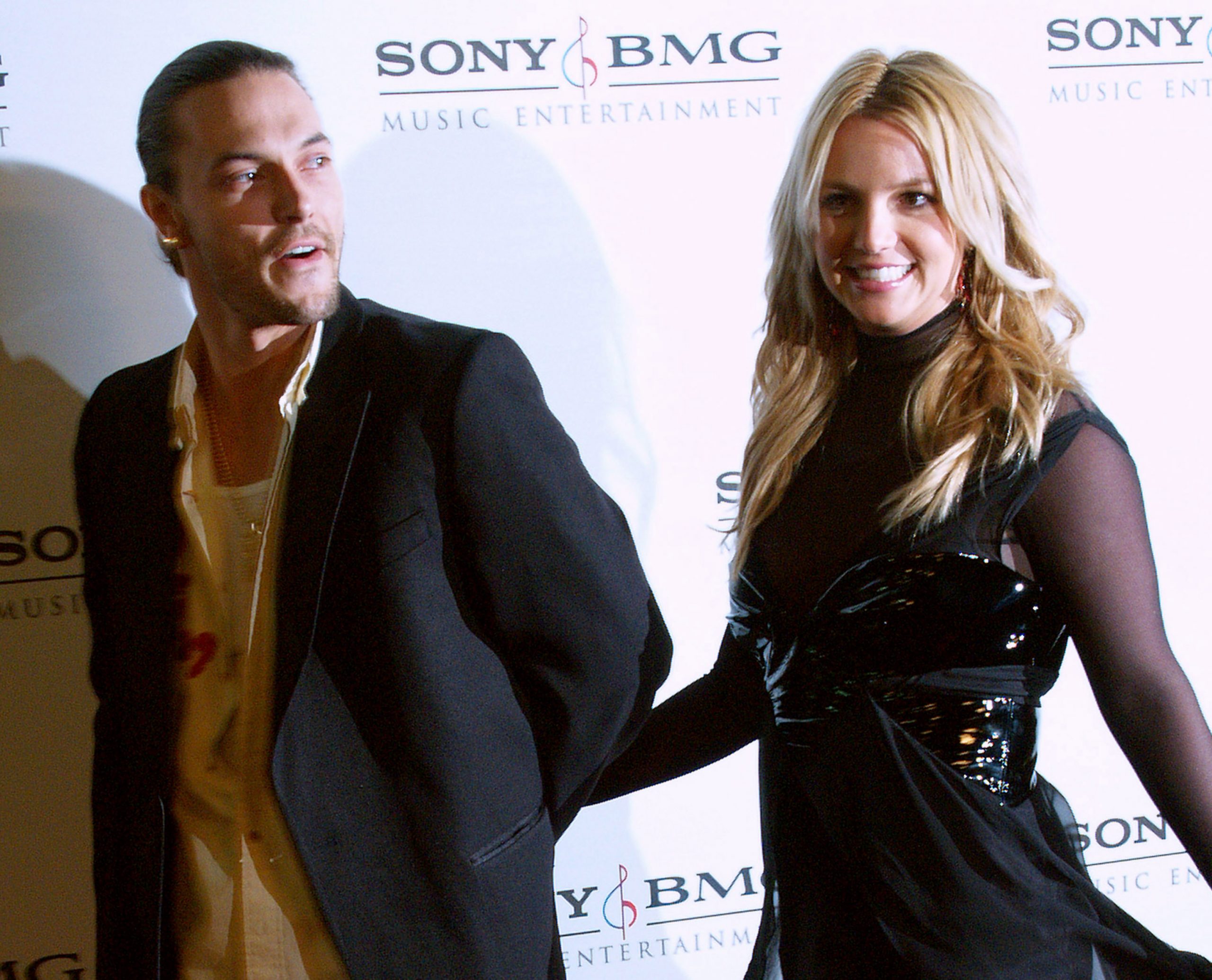 Kevin Federline and Britney Spears as a couple in 2006 (Credit: Michael Tran/FilmMagic)

Ex-husband Kevin Federline also shares a statement to People magazine giving his view via his attorney.

“The best thing would be for their mom to be healthy and happy,” he said, acknowledging their sons Sean, 15 and Jayden, 14. “And if either of those things aren’t true, it doesn’t provide for the best setting for custody to be exercised.”

Meanwhile, a source close to Britney’s care manager Jodi Montgomery also tells People that she has been “working with a team of experts concentrated on giving Britney the tools to get better.”

This contradicts what the singer said in court, with Britney telling the judge: “I’m talking to you today because I feel like Jodi is starting to kind of take it too far with me. They have me going to therapy twice a week and a psychiatrist.”

After giving her evidence, Britney jetted off with her beau Sam Asghari for a holiday in Hawaii.

The next court hearing in the singer’s conservatorship case is scheduled for 14 July.  Though it is at present unclear how the case will proceed following Britney’s testimony.

If Britney does indeed wish to end her conservatorship there will be several more steps to take. This will including officially filing for a termination to the agreement.