Following the news that the Queen has stripped her son of his titles and patronages, many are wondering if Prince Andrew is still a prince?

It was a decision that was welcomed by some and shocked others across the globe as Queen Elizabeth II announced that her son Prince Andrew was to return his “military affiliations and Royal patronages” effective of January 2022. It’s since been shared that Prince Charles and Prince William were involved in the title-stripping decision, after civil action was brought against the Duke in the US following sexual assault allegations – which he has consistently denied. A bid to throw out the Virginia Guiffre civil case was rejected this month as well, with it now confirmed by the palace that he will face the trial as a “private citizen”.

News of his titles being stripped has understandably had the public questioning what they should now call Prince Andrew. These are not too dissimilar to the confusion when Prince Harry and Meghan Markle stepped back as senior royals in 2020. Many asked if Prince Harry could still be king after the momentous decision. We set the record straight and share what titles Prince Andrew retains and what royal patronages he has lost.

Is Prince Andrew still a prince?

Yes, technically Prince Andrew is still a prince by birth.

The 61-year-old was born into the royal family as the third child of Queen Elizabeth II and the late Prince Philip. And as such he remains in the royal line of succession.


As it currently stands Andrew is ninth-in-line to the British throne. This means that he could still become king one day. However, his chances are incredibly rare due to their being nine members of the Royal firm before him.

Prince Andrew could be removed from the line of succession but this would require legislation through an Act of Parliament. Buckingham Palace have shared no information that this is on the cards at present. 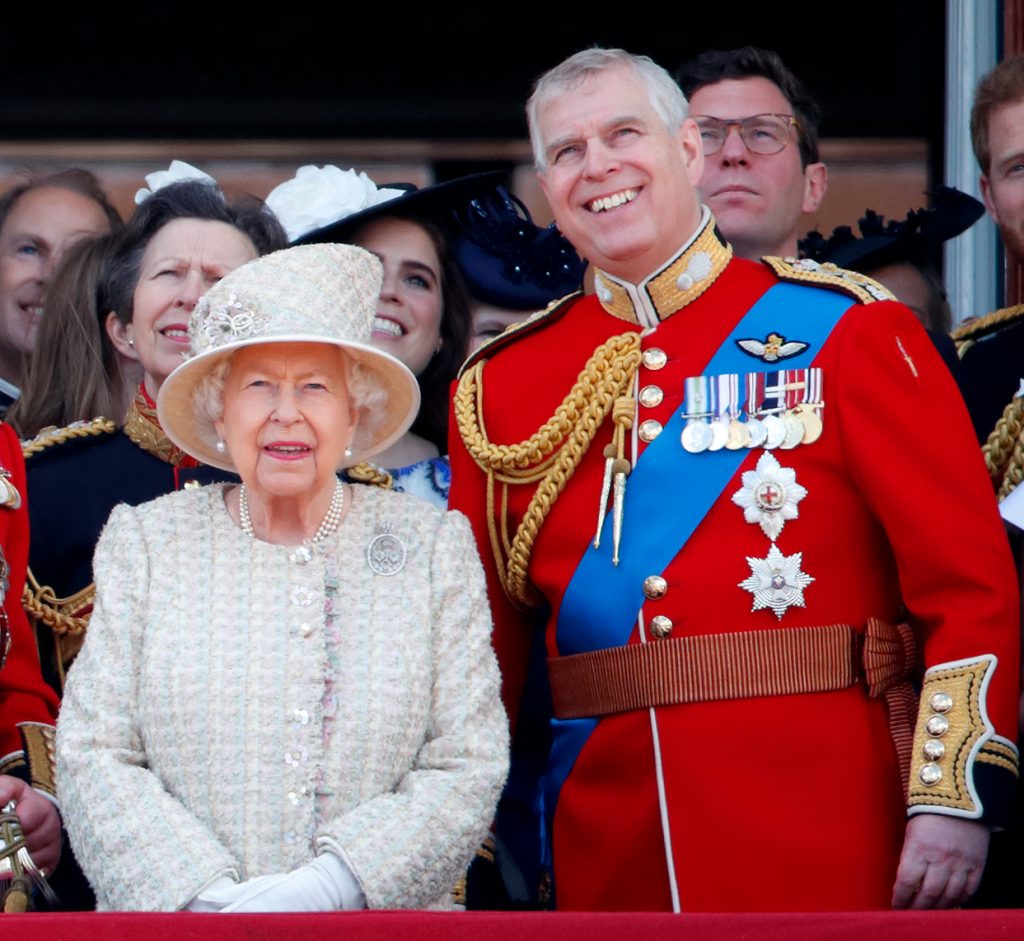 The Queen pictured with her son Prince Andrew at Trooping The Colour in 2019. (Credit: Max Mumby/Indigo/Getty Images)

Whilst Prince Andrew is still a prince, he is no longer allowed to use ‘His Royal Highness’ (HRH) title. This was confirmed by the Queen alongside a statement which stripped him of his military and royal patronages, released January 13, 2022:

“With The Queen’s approval and agreement, The Duke of York’s military affiliations and Royal patronages have been returned to The Queen,” the statement read. “The Duke of York will continue not to undertake any public duties and is defending this case as a private citizen.”

What titles has Prince Andrew lost?

Prince Andrew has been stripped of the following nine British military titles by the Queen:

The only title the 61-year-old retains is that of Vice-Admiral by the Navy. And Buckingham Palace have confirmed this. 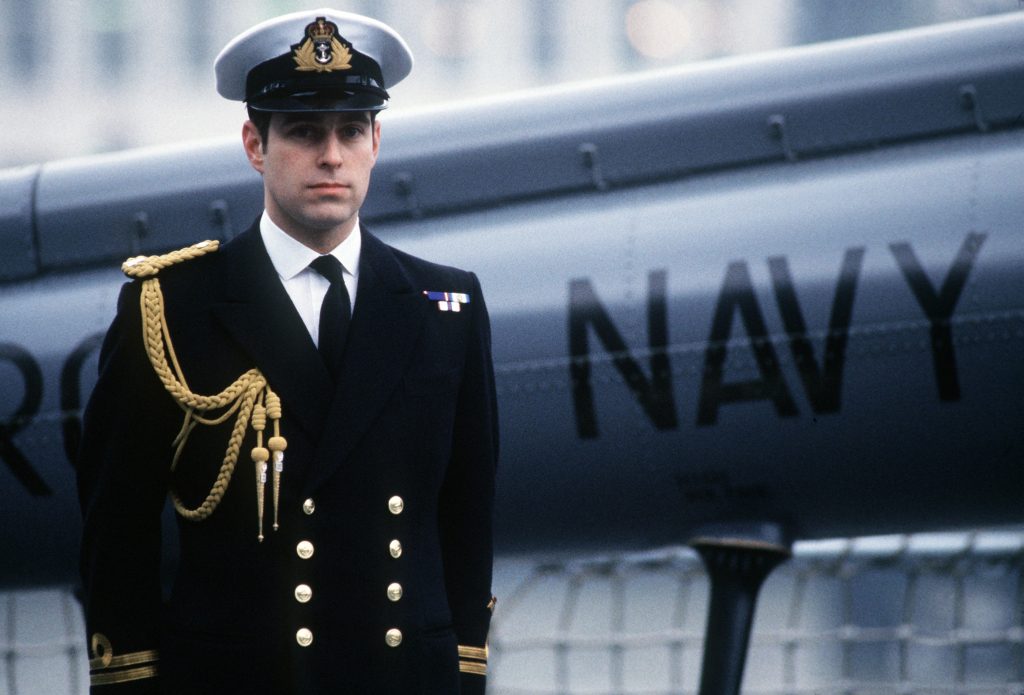 Prince Andrew served with the Royal Navy for 22 years and was awarded the title of Vice-Admiral on his 55th birthday in 2015. He was due to be promoted to Admiral in 2020 for his 60th birthday. But the honour was put off after the announcement that he was stepping back from public duties in 2019.

The palace temporarily suspended Andrew of the aforementioned titles when his stepping back was announced. However it wasn’t until January 2022 that the Duke was officially stripped of them altogether.

Is Prince Andrew still the Duke of York?

Yes, Prince Andrew is still considered the Duke of York.

Confirmation of this was provided by Buckingham Palace in the statement issued announcing the removal of his military affiliations and Royal patronages.

The statement referred to Andrew in his official title twice as “The Duke of York”. This certainly suggests that he will continue to be known as such.

A statement from Buckingham Palace regarding The Duke of York: pic.twitter.com/OCeSqzCP38

The Queen’s second son was given this title on his wedding day on July 23, 1986. His then-wife Sarah Ferguson also received the title the Duchess of York.

Though Andrew and Sarah divorced in 1996, Sarah retained her title. She is known as Sarah, Duchess of York as is customary for former wives of royalty. The two share two children – Princess Beatrice and Princess Eugenie.

What are Prince Andrew’s royal patronages?

The Duke of York holds patronages in many trusts and charitable organisations that make up all three of the armed forces.

Golf clubs and other sport patronages

A keen golfer, Prince Andrew may be sad to say goodbye to his golfing patronages in particular.

He is to relinquish his patron roles at Royal Blackheath, Royal Cinque Ports and Royal Liverpool golf clubs in England. And he’ll been removed in the same capacity at the Inverness golf club and Royal Perth Golfing Society in Scotland.

Meanwhile in Northern Ireland, he loses patronages of the prestigious Royal County Down and Royal Portrush Golf Clubs. This is in addition to Royal St Davids in Wales and Royal Jersey in the Channel Islands.

Just had it confirmed from a spokesperson at The Royal and Ancient Golf Club that Prince Andrew « remains an honorary member but doesn’t carry out any active duties on behalf of the club. »

He also co-founded the Duke of York Young Champions’ Trophy – a golfing tournament which young golfers across the UK compete in. Andrew is expected to step down as patron of this in addition to the same role at the Commonwealth Golfing Society.

Other sporting associations to be affected by the Queen’s decision are the Royal Victoria Yacht Club in British Columbia, Canada, where Prince Andrew is patron. The Royal Windsor Horse Show where he is serving as Royal Vice President will also be affected.

The Duke of York is patron of the University of Cambridge Judge Business School. In Wiltshire, he is president of the prestigious Wellington Academy.

What will Prince Andrew be called now?

Going forward, the media and general public will continue to call him Prince Andrew.

Video of the Week:

It’s also correct to call Andrew by his title of the Duke of York. As this has also not been formally stripped of him.