‘Tension’ between Prince Harry, Meghan, Kate and Prince William at their final big royal outing together has been revealed.

‘Tension’ between Prince Harry, Meghan Markle, Kate Middleton and Prince William was felt by singer Craig David who revealed what it was like to attend the official service.

Craig was invited to perform at the event, which turned out to be Prince Harry and Meghan Markle’s last official outing before they stepped back as senior working members of the royal family.

And during his appearance on an upcoming episode of the Jonathan Ross Show which is set to be aired this weekend, Craig recalled that moment he performed for the royals.

He said, “I performed at Westminster Cathedral. [There was] a lot of tension going on at that period of time. Harry and Meghan were there. I went to sing for the Commonwealth celebrations.”


The Seven Days hitmaker said that he still remembers walking up as part of the procession, noting that the Queen was watching. He then reminded that he gave an acoustic performance.

He said, “The moment she looked up and that moment of acknowledgement … the full vibes. Everyone in the family.”

The Grammy Award nominee continued, “I always talk about how music is healing and a form of therapy. I could feel it cut through. There was a part where Harry looked up, Meghan looked up, I felt it really landed in their hearts.”

Further commenting on the experience, he said, “It felt like that was the one moment where I was able to witness that.” 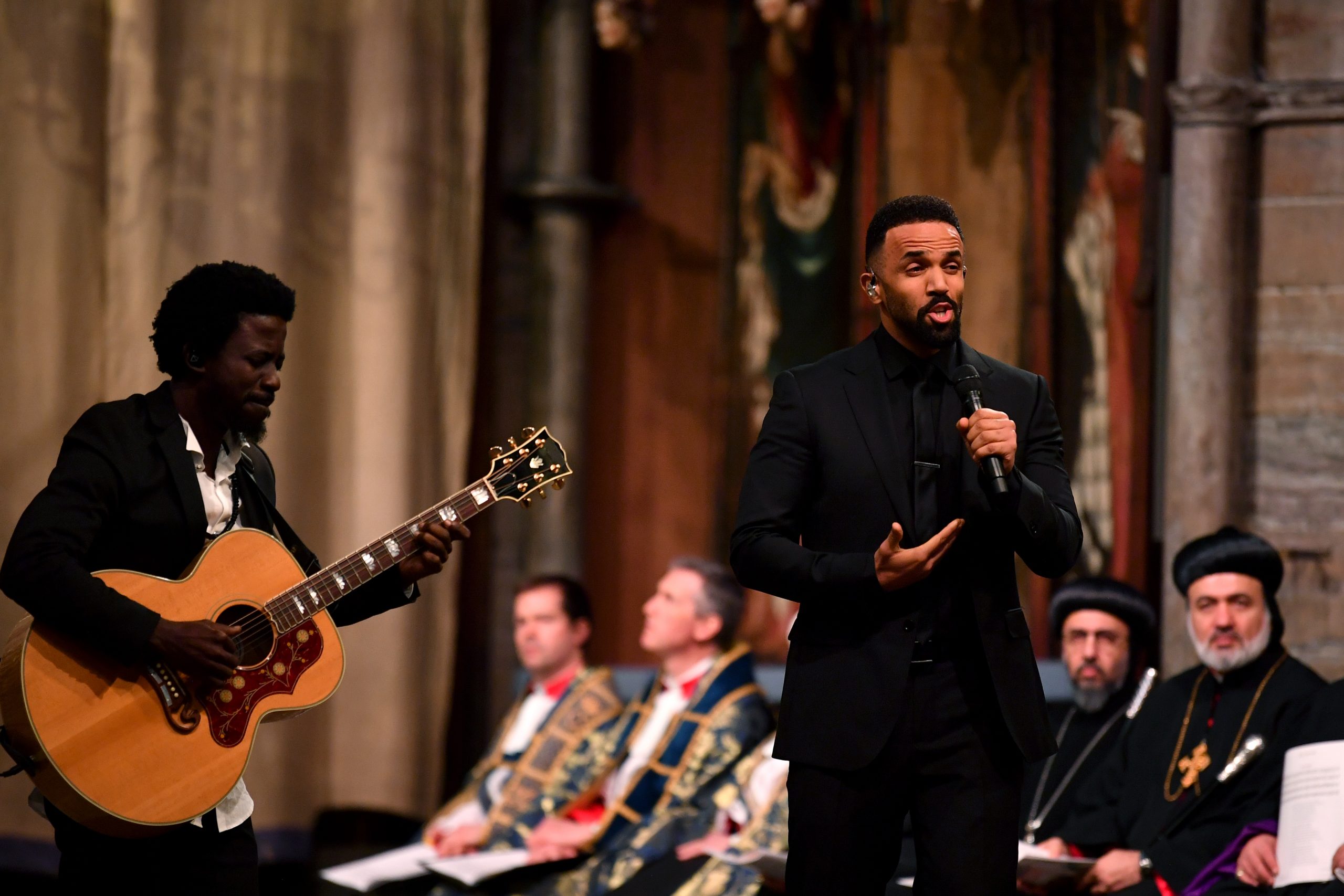 It was reported that Meghan Markle got teary-eyed at the service.

Telegraph columnist Bryony Gordon, who attended the event, previously revealed that the Duchess had “tears glistening” in her “bright friendly eyes” as she met with people at the event and discussed their work.

“The pervading emotion on Monday, as I watched the Duchess carry out her final private engagement, seemed to be profound sadness,” said Bryony.

“Sadness that it had come to this; sadness that they could not make it work and sadness that less than two years since that glittering fairy tale wedding, the first person of colour to join the British royal family was off.”

“How ironic that her final engagement was to be a Commonwealth service that celebrated diversity, uniqueness, and the strength we draw from embracing each other and our differences,” she added.

Meghan and Harry then quit the UK and the royal family to set up a new life for themselves in the US, residing briefly in Canada before making LA their home.

You can watch a clip of Harry, Meghan, Kate and William and other royals at the service in the video below…

The Jonathan Ross Show airs on Saturday (December 4) at 10.30pm on ITV. Catch up through the ITV Hub.